Human being is the best creation of the God and God created everything on this earth for them so that they can lead a pleasant and blissful life. That’s why God created Earth, Wind, Seas, Forests, and Hills etc. for humans and gave brains to them to create paradise on this land.

So according to God’s law, human creature is the best creation and representation of God’s image in this whole world.

But humans don’t follow divine responsibilities ordained to them and as a result the world has become a miserable place to live and presents an ugly picture of life. It has happened because the actions of humans are not like human beings i.e. imbued with virtues & sterling qualities. The animal behavioural instincts are prominently visible in them.

Now, this means that the world of humans has become a zoo of animals because humans have forsaken divine behaviour consisting of sterling qualities and virtues and the ideology has been forgotten in misdeeds.

Guru Nanak Sahib Ji delved diligently and deeply on this aspect of human behaviour. Guru Sahib undertook long and arduous journeys, gave up all comforts of a well settled life for the sake of upliftment of mankind; to propagate divine knowledge and bring solace in the lives of the people of this world burning with hatred, vices and malice.

Thus, we realize that all the ten Gurus have spent their lives for upliftment and betterment of humanity and about 239 years of great struggle for providing a real vision of divine lifestyle to humanity as enshrined in Gurbani.

After this great spiritual revolution, one comes to a irrefutable conclusion that Guru Granth Sahib Ji is not just a religious book but also a real and actual definition of life and the expression of the will of God.

But in current times, the Sikhs have ignored this aspect of Gurbani. That’s why the life has become totally meaningless to most of them. Almost everyone is lost in the vicious circle of demerits because they lack the perfect character which is helpful for leading a purposeful and constructive life, which is necessary for a nice and wonderful society life. Rather everyone is deeply mired in to pulling the legs of others and has become mentally sick with chronical diseases and vices without the support of the spiritual wisdom of Gurbani.

That’s why Guru Gobind Singh’s successes are now nowhere visible in general Sikhs. Many Sikhs have deviated from Guru Sahib’s teaching and have strayed on the path of evils. Nowadays drug addiction, dowry system, corruption and lack of ethical values are indications of all this decline in moral and ethical values of life and a strong evidence of deterioration of our community values, in which we are living the life devoid of virtues and gems of divine qualities enshrined in Gurbani.

So if we want to secure the life of mankind on this earth, then we must follow every single teaching of Guru Granth Sahib Ji. Only then we can keep alive the hope of constructive and ideal lifestyle for our coming generation’s future. If we all recite, understand and imbibe the values of Gurbani seriously, only then we all will realize that Guru Granth Sahib Ji is the only Lighthouse for the salvation of humanity. If the whole world would learn and become aware of the philosophy of Guru Granth Sahib then it is sure that terrorism, gender discrimination, malicious and evil behaviour will be eradicated from this earth, because Guru Granth Sahib Ji is the supreme tool to generate and implant the ideal conditions and make improvements in the society. Now, it is for us to decide our course of action in life and eventually plan the kind of life we want for ourselves and the whole of humanity, whether it should be full of evil and vices or it should consist of virtues and blissful life for everyone.

Now-a-days, we can visualize almost all situations in which our society has become deeply mired into because of ignorance of life-giving values of Gurbani. It is strongly felt that we must contribute towards the effort to bring a change in the society through teaching of Guru Granth Sahib Ji, so that this world and society at large would become a better place to live for our forthcoming generations through this real Lighthouse of Guru Granth Sahib Ji for mankind. 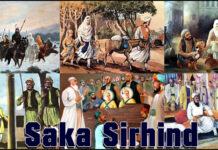 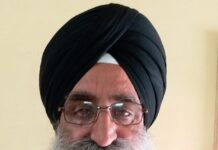 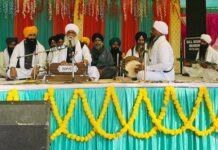 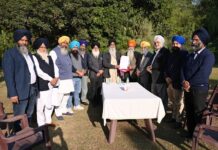 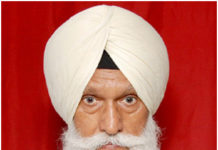